I managed to get a few photos of the last of the mounted elements of my Peter Pig US Cavalry.

First up is a couple of  command bases, pack 56, followed by a couple of bases of Crow Scouts mounted, pack 63. 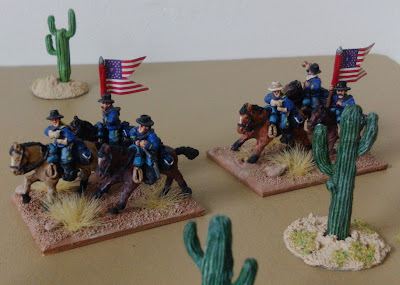 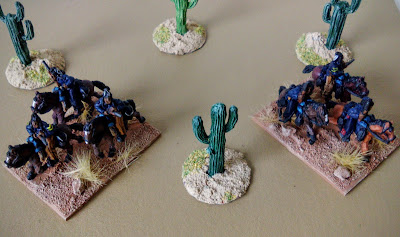 And finally a picture of two troops of cavalry with command and Crow Scouts.

Hopefully during the week I'll have some photo's of the dismounted troops and a few character packs.

Thanks for stopping by.

Labels: 15mm, Hey You in the Jail, Peter Pig, US Cavalry