The latest and last French AWI regiment I think I will paint is the the Royal Deux-Ponts Regiment.

This regiment was part of the French expeditionary force sent to help the Americans in their fight for independence. The regiment took part in the fighting at Yorktown.

The figures are PeterPig and are from packs 99 French line marching and 100 French line firing. The command base was from pack 101 French command advancing with the addition of a wounded figure from pack 112 French wounded. 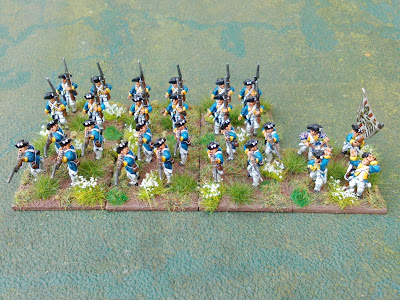 I've added the next pic as the blue seems to be a lot lighter in the first pic than in the second, maybe a trick of the light. 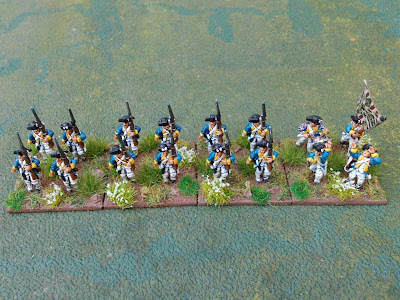 Well in the end I primed the control tower with Windsor and Newton's varnish (brushed on) and gave it a spray coat of gey car primer. This was then highlighted and then dirtied using Cars weathering powders. 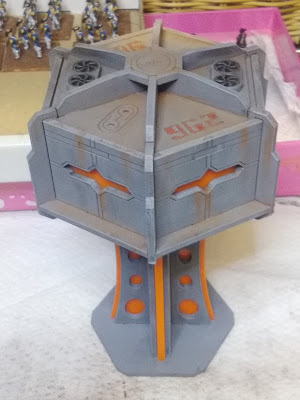 I haven't decided on the base so this has been left plain -  I need to consider the base for all the bits first.

As usual thanks for dropping by.

At Colours a couple of weeks back I picked up a few packs of Warbases 15mm Starbase 962. These are sci-fi mdf kits and recently had a review in the latest edition of Wargames soldiers and strategy.

The kits were all quick an easy to construct referencing the on-line instructions. The painting should be interesting, I was told, by one of the guys on the warbases stand, that he had just sprayed a kit with grey car primer and then used washes and highlighted. But I read in a magazine that priming with a spray varnish helps. We shall see! 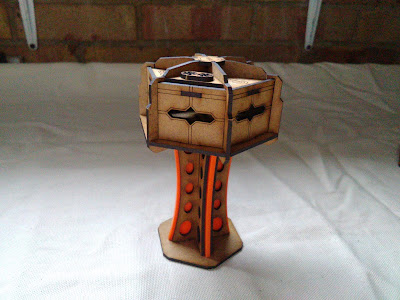 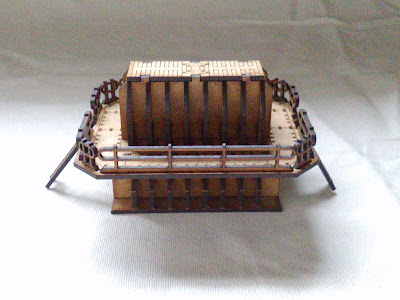 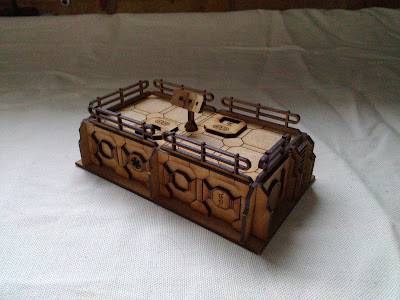 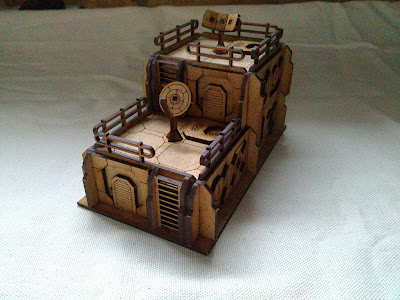 Hopefully I'll have time at the weekend to make a start on the painting.