Laekend I finished this French regiment - Saintonage and thought it was time I posted a picture or two of them.
The regiment has figures from the following Peter Pig AWI packs:

99. French line marching, 100. French line firing, 101. French command advancing and a couple of figures from 112. French wounded. The flag was from Revo and dulled down with a little wash and some citadel technical Lahmian Medium. Next time I use a Revo flag I will pace it on a piece of thin card to give it a bit strength.

As the weather's been loudly this bank holiday weekend I've cracked on with the next unit, some artillery suppport. Finished painting them yesterday but I don't know if I forgot or if I was still not quite recovered from the village beer festival the day before but I sprayed  varnished them and it was raining outside. Result some of the figures were a dull grey mess. Out came the paintbrushes and brief spell later they were looking ok (well at least until I take a picture). 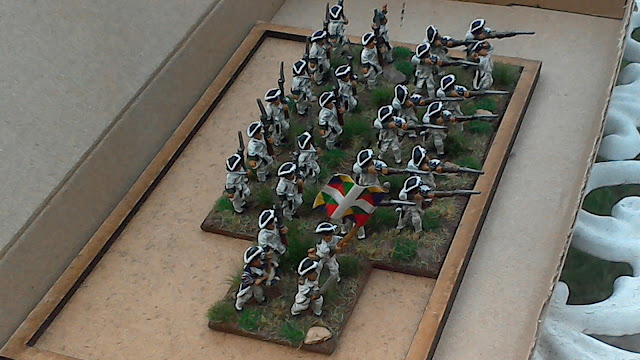 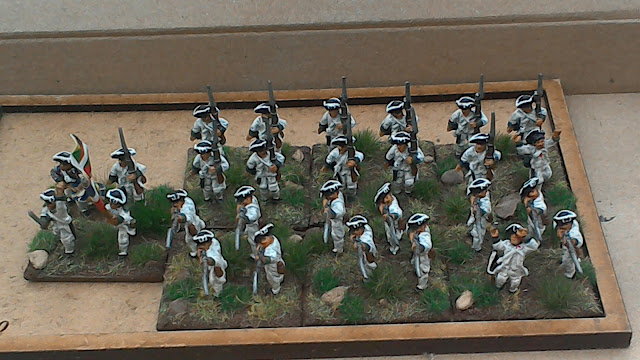 Thanks for having a look see and for those in the UK hope you all had a good bank holiday.
Posted by Dannoc at 16:10 7 comments:

The last few months have been quite unproductive on the painting front but last week my elder boy said 'Dad them orcs you got me can you paint a few for me?' So he chose 3 and here they are. I'm not sure of any details apart from being orcs and plastic.
I might be doing some more soon.

The boys sunning themselves in the garden. 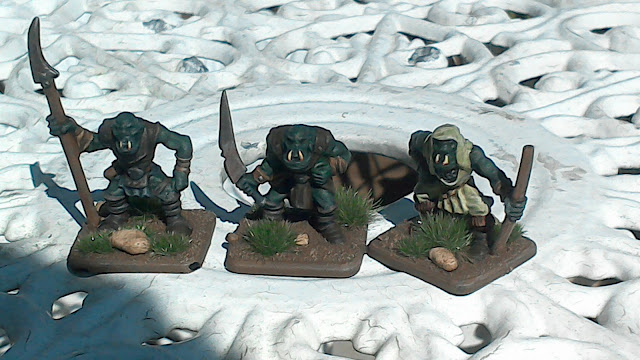