The painting has been a bit slow of late but this is down to my eyes. Firstly they've been getting sore, down to hayfever possibly but I've never had it before. Secondly my eyes are straining with the small figures. This is more than likely down to the type 2 diabetes. I'm due for my 6 month eye check at the hospital at the end of August but I need to get my finger out and get an eye test at an opticians for some new glasses.

The Gnolls are now finished with the final two being Reaper Bones. The models were made of a material I've not used before and really wasn't sure of how to prepare them. I trimmed off some of the mold lines with a sharp knife and tried a piece of fine wet and dry on some of the burs but gave up around some of the detail. I should have persevered as the overall look of the figures I'm happy with. 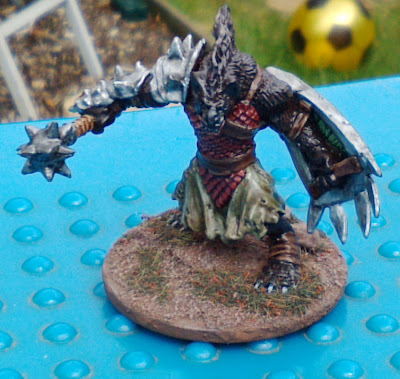 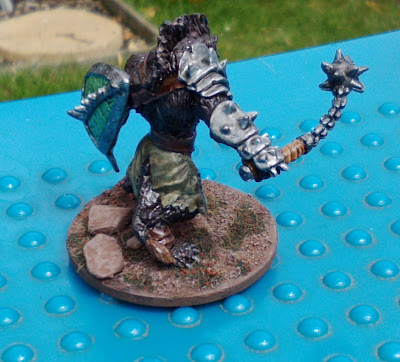 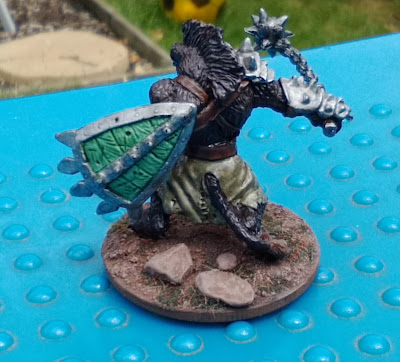 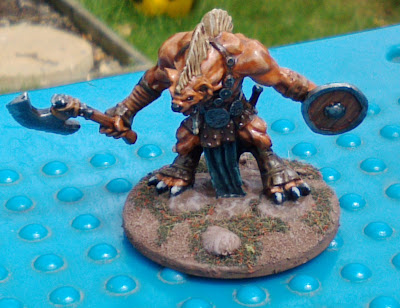 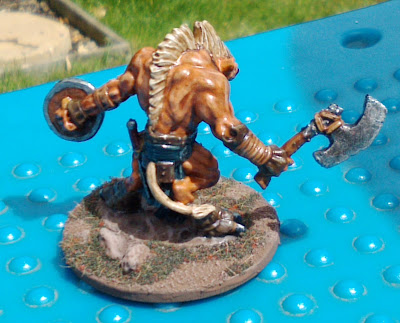 They do look a lot bigger than the other 28mm figures I've used for Frostgrave though they could easily be used for a champion/leader type figure.

Anyway that's it for the moment.
Posted by Dannoc at 18:13 2 comments: