French Grenadier of the Regiment Soissonnais

It's been a while since I posted same painted figures so to get this back on the road here are some pictures of my latest completed AWI French unit.

The only issue I had was with the bearskin - I couldn't figure out what to do with the back so just painted them all over black with a wash and highlight of slate grey with a brass plate at the front. 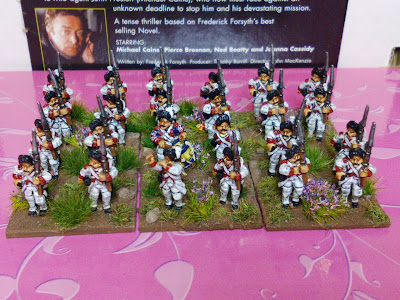 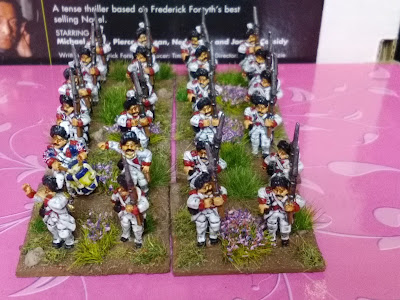 Just another regiment and a few commanders to finish off and that's the French done.

With the French almost completed where next? More AWI - British/American?  Or maybe 15mm sci-fi?

Thanks for taking a look.

Yesterday meant a trip to Colours at Newbury racecourse. I had no idea as to my wants apart from a few packs of cowboys from Peter pig.

After spending the best part of the day there, along with my eldest boy, I came back with the following loot. 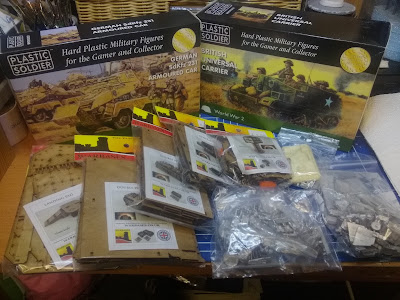 Warbases: 5 packs of 15mm stargaze 962 scifi buildings, a landing pad, a double pod, a double pod plus 1 and a generator and control tower. I was impressed by the range and look forward to getting a few more of these packs from the range ( once I've seen how they paint up). 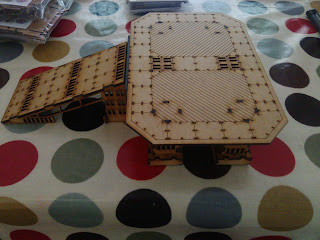 Also bought were a few packs from GZG. A couple of packs of Kra'vak heavy armour warriors and pack of Xar grab discs.
And finally a 15mm hover vehicle from brigade games.

I enjoyed the show though I didn't really look at any of the games. A good turnout of traders with some new company's I'd not come across before. Blotz was one and I was impressed with a lot of their mdf kits both 15 and 28mm.
All in all a good show made better as I did sell a couple of items on the b and b that covered most of my spend.

Thanks for stopping by.