Well it's been over a week since Colours and it's time I should have posted some pics of my loot. 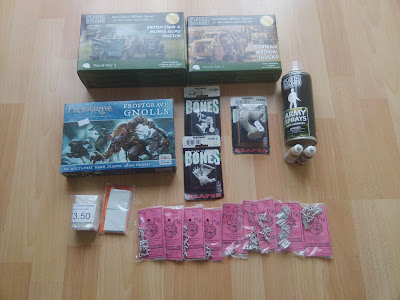 It's a bit of a mix but like a lot of us guys I have a lot of projects on the go. 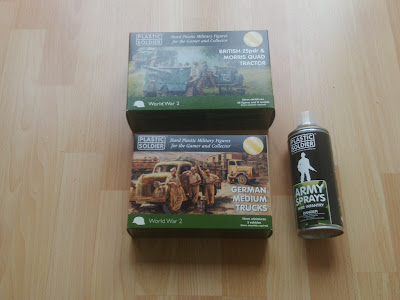 First we have some PSC 15mm British 25pdrs & Quad Tractors and a box of German medium trucks along with a spray can of British Khaki. 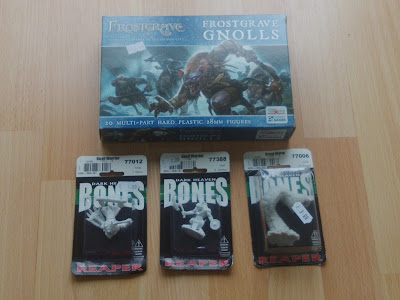 Next we have some bits for Frostgrave. A box of Northstar Gnolls and some Reaper Miniatures, 2 Gnolls and a Great Worm. 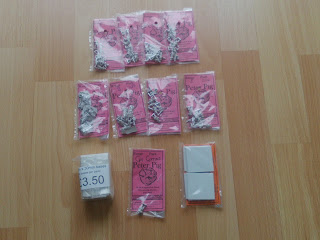 Finally we have some PeterPig figures and bases. There are a few packs of WW2 British Paras to complete the options for my next project to start (hopefully next month). Also in the picture are some newly released WW2 Russian special forces - bought on impulse.

Anyway thanks for taking a look and I hope to have a few pics on here of my 15mm US Cavalry in the next week or so.